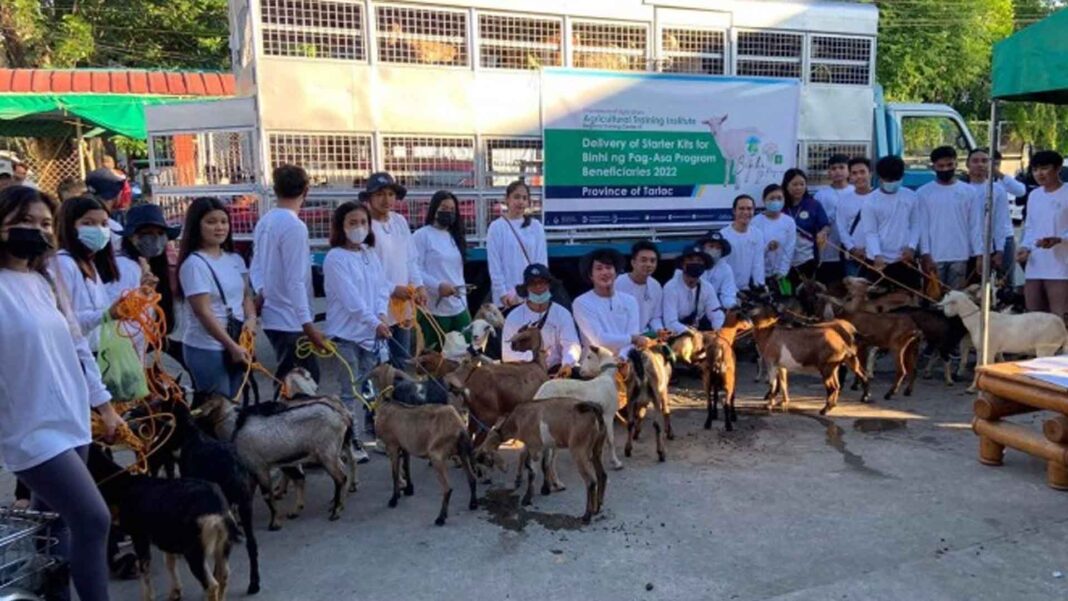 The Department of Agriculture (DA) has begun empowering young farmers in Tarlac to become competent “agripreneurs”.

The DA, through the Agricultural Training Institute Regional Training Center 3 (Central Luzon) and in collaboration with the Office of Senator Grace Poe and local government units (LGUs), has delivered a livelihood program that could help develop the youth’s potentials as partners in the community and agricultural development.

Tarlac provincial agriculturist Alicia A. Cruz said Thursday the delivery of the livelihood starter kits is part of the BPP’s objective to capacitate the youth and prepare them to become future agriculture leaders.

“This is part of the goal of gradually mending the constant decline of Filipinos engaged in agriculture, alongside the growing generational gap among farmers,” Cruz said in a social media post.

Before the distribution of the livelihood assistance, the beneficiaries underwent training in goat production, leadership in agriculture, and values formation.

She said a total of 485 young farmers in Tarlac attended the training.

Jomari Nuqui, one of the participants, shared that the training was a big help to him.