Ever heard the phrase “big things come in small packages”? Let it be said that it may be a devastating mistake to underestimate a girl due to her stature, especially when the girl in question is actually 5 feet and a hundred pounds of sheer will and raw power.

Meggia Ochoa has been in top form this year, bagging top spots in competition after competition. 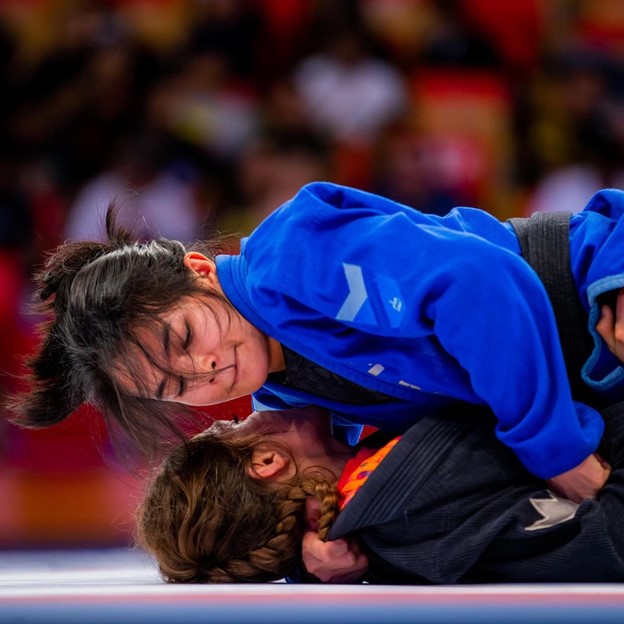 The Abu Dhabi Jiu-Jitsu Pro Tour hosted its annual international competition just in November, and thanks to Ochoa, the Philippines did not leave empty-handed.

Ochoa earned a silver medal in the Masters division of the championship on November 15 and another in the Professionals division on November 17. According to the AJP Tour website, she is currently ranked #6 and #1 in Asia in those divisions, respectively, due to her outstanding performance.

“All for God’s glory no matter what,” the martial artist writes in her Instagram post, dedicating her win to the Lord she worships and the people who have supported her along the way.

This is a common theme in Ochoa’s personal posts. The tone and content of them speak of a young girl who has remained humble and grateful despite her well-earned successes, never taking full credit for them despite being the one training relentlessly to dominate her competition on the mat. 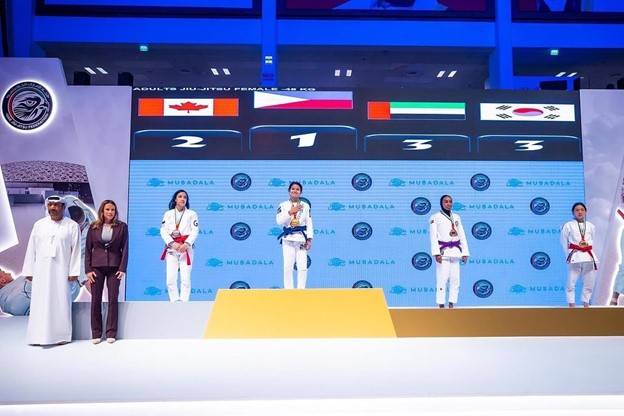 Earlier in November, Ochoa and her teammate, Kimberly Anne Custodio, made waves by each bringing home a gold medal from the 2022 Jiu-Jitsu International Federation World Championships. Ochoa took down Canada’s Vicky Hoang Ni Ni, 2-0, in the finals, securing the top spot in the women’s adult 48 kg category. She did not sustain a single loss during the competition.

It may have been an astronomical achievement for the bright young talent; it was not even her first this year. In May, Ochoa defeated Minh Duong Thi Thanh, the hometown bet at the 31st Southeast Asian Games held in Vietnam. It was a moment made particularly monumental when accounting for the fact that it was a redemption of sorts. She had faced the same opponent four years prior at the 2018 Asian Games and had lost. 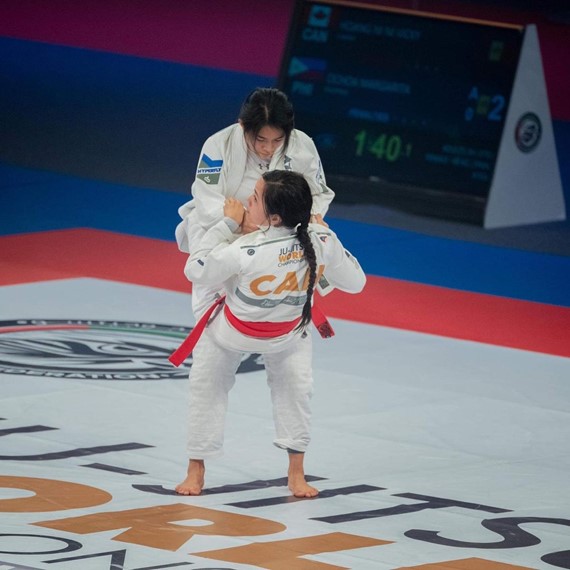 Though martial arts like jiu-jitsu aren’t given much mainstream coverage in the Philippine sports scene, women like Ochoa keep the art alive and thriving anyway through their relentless work. She fights for it as fiercely as she fights her opponents on the mat—occasionally, the athlete teaches jiu-jitsu at seminars and programs, passing on the endless knowledge she gains. It is, according to the athlete, an inclusive sport that allows anyone to excel, should they have the guts to pursue it. In jiu-jitsu, whether six feet or five feet in stature, Meggie Ochoa proves that a woman can grow to be a champion.

Borongan City To Host Another National Surfing Tilt In 2023

Best Theme Parks In Mindanao For A Thrilling Adventure

An advocacy network in Negros Oriental is set to give Christmas gifts to at least 100 children from conflict-affected areas in the province.
Luzon

The Department of Agriculture launched programs that will mold young agripreneurs in Tarlac.
Visayas

A university in Iloilo and the Department of Trade and Industry will offer over Php18 million to enhance the digital fabrication laboratory in Western Visayas.
Luzon

To increase volunteerism in the province, the city authority of Pangasinan plans to create a volunteer center.
Mindanao

DreamWorks Animation’s “Puss In Boots: The Last Wish” To Open In PH Cinemas On December 7

Calayab Beach In Laoag Bounces Back In The ‘New Normal’