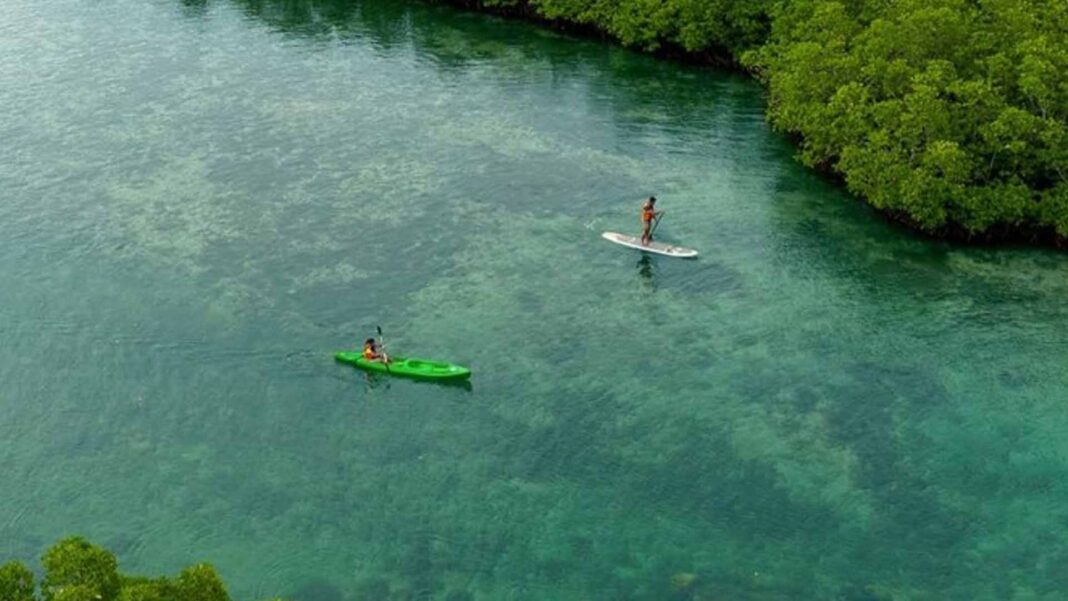 The Philippines was voted anew as the “world’s best country tourism destination” in the 2022 Uzakrota Global Travel Awards, cementing its position as a top-of-the-mind travel spot even during a pandemic.

The country bested all other countries nominated with 721 votes, bagging the award for the second time since it held the title in 2020.

The initiative was led by the Turkish travel organization Uzakrota Global, which also recognized Malaysia and the Dominican Republic as the world’s top two and three, with 523 and 459 votes, respectively.

Aside from the Uzakrota awards, the country also picked up 13 recognitions in all categories available at Scuba Diving’s 2023 Readers’ Choice Awards by US-based Scuba Diving Magazine, including the top honors for Shore Diving.

“As the international accolades for the Philippines continues to grow, so too the role of tourism as an engine of the Philippines’ economic growth under the administration of President Ferdinand Marcos Jr., whose prioritization of tourism has brought much optimism and hope for the industry,” Tourism Secretary Christina Frasco said Thursday.

“These awards reflect the global traveling public’s vote of confidence and enthusiasm for our country and it translates to more tourists visiting our shores as evidenced by our over two million arrivals thus far.”

The country ranked second in Macro Life, Cavern/Cave & Grotto Diving, Beginners, Photography, and Best Value categories; third in Wreck Diving, Snorkeling, and Health of Marine Environment; fourth in Wall Diving and Advanced; fifth in Best Overall; and ninth in the Big Animals grouping for the Pacific and Indian Ocean cluster.

The country was also previously named the World’s Leading Dive Destination 2022 by the World Travel Awards.

Meanwhile, Cebu had been listed among the 50 “best places to travel in 2023” by the US-based online travel guide Travel Lemming.

Travel Lemming described Cebu as “perfect for all types of tourists” and “allows you to indulge in both thrilling experiences and waterfront relaxation.”

Another key tourism destination in the Philippines, Palawan, was cited by another US-based travel guide Fodor as one of the 40 destinations on its Go List for 2023.

Fodor called Palawan “the very definition of eco-luxury” and “one of the Philippines’ most magical islands where underwater worlds meet lush jungles.”

Aside from the world-renowned Palawan, Cebu, and Boracay, the Philippines has a lot more destinations to offer for various types of travelers.

Samar, Biliran, and Leyte alone are home to plenty of mesmerizing waterfalls, caves, and rock formations, making them ideal stops for adventure-seeking tourists.

Siquijor in Central Visayas, meanwhile, is perfect for those seeking a laidback vibe and a less crowded island destination.

Meanwhile, the Bureau of Immigration (BI) said it sees an increase in the number of tourist arrivals in the country for the holiday season.

This came as the country saw more than 600,000 tourists arrivals in October alone, according to BI spokesperson Dana Sandoval.

“There were 634,000 arrivals for the month of October. So we see that it will increase this November and December. Until January which we consider as the peak season for travelers. In the past few months, we can see that it is increasing,” she said in a Laging Handa briefing Thursday.

Sandoval attributed this to the relaxation of travel restrictions due to the country’s improved coronavirus situation.

However, she said they logged less than 200,000 tourist arrivals in December last year.

“In December 2021, only over 195,000 total arrivals for the entire month, which is lower compared to pre-pandemic figures,” the BI official added.

Earlier this year, the government relaxed entry restrictions for travelers as part of efforts to revive the economy amid the pandemic. (PNA)